Several months ago, a team of men ascended the Greater Caucasus Mountains in Georgia. They led horses loaded with electrical wire, solar panels, batteries, toolboxes and drills powerful enough to grind through rock. With jagged ridgelines above and shadowed valleys below, the men were on a quest to bring the internet to one of the world’s most remote places: Tusheti, a rural province on the Russian border.

Tusheti’s clean air, crisp blue skies and mountain-studded landscape already attract some tourists, but government officials think there is potential for many more. Access to the internet will make it easier for travelers to book reservations online, but it will also stir e-commerce and local business development, and give a lift to health care and education services in the area. For now, though, Tusheti has little electricity, and maybe more sheep than people.

For centuries, Tusheti’s rugged terrain has encouraged a nomadic lifestyle that continues to this day. Shepherds roam the mountainsides with their flocks in the summer, and then move down to more temperate pastures for the rest of the year. Many people who aren’t shepherds do the same. For much of the year, they live in lowland communities near Tusheti that have schools, hospitals and, yes, internet service. Come summer, they return to the rocky slopes.

Tusheti spans about 370 square miles – an area a bit larger than Berlin – but only about 50 people stay through the winter. Temperatures can drop to near zero Fahrenheit, and snow covers the main roads for up to six months.

In Shenako, one of several dozen villages in the region, only one couple stays through the winter. As the weeks pass, other people arrive by helicopter, hitching a ride on the Georgian Border Police’s monthly trips to change crews at border outposts. For the workers on the internet mission, time could feel short. 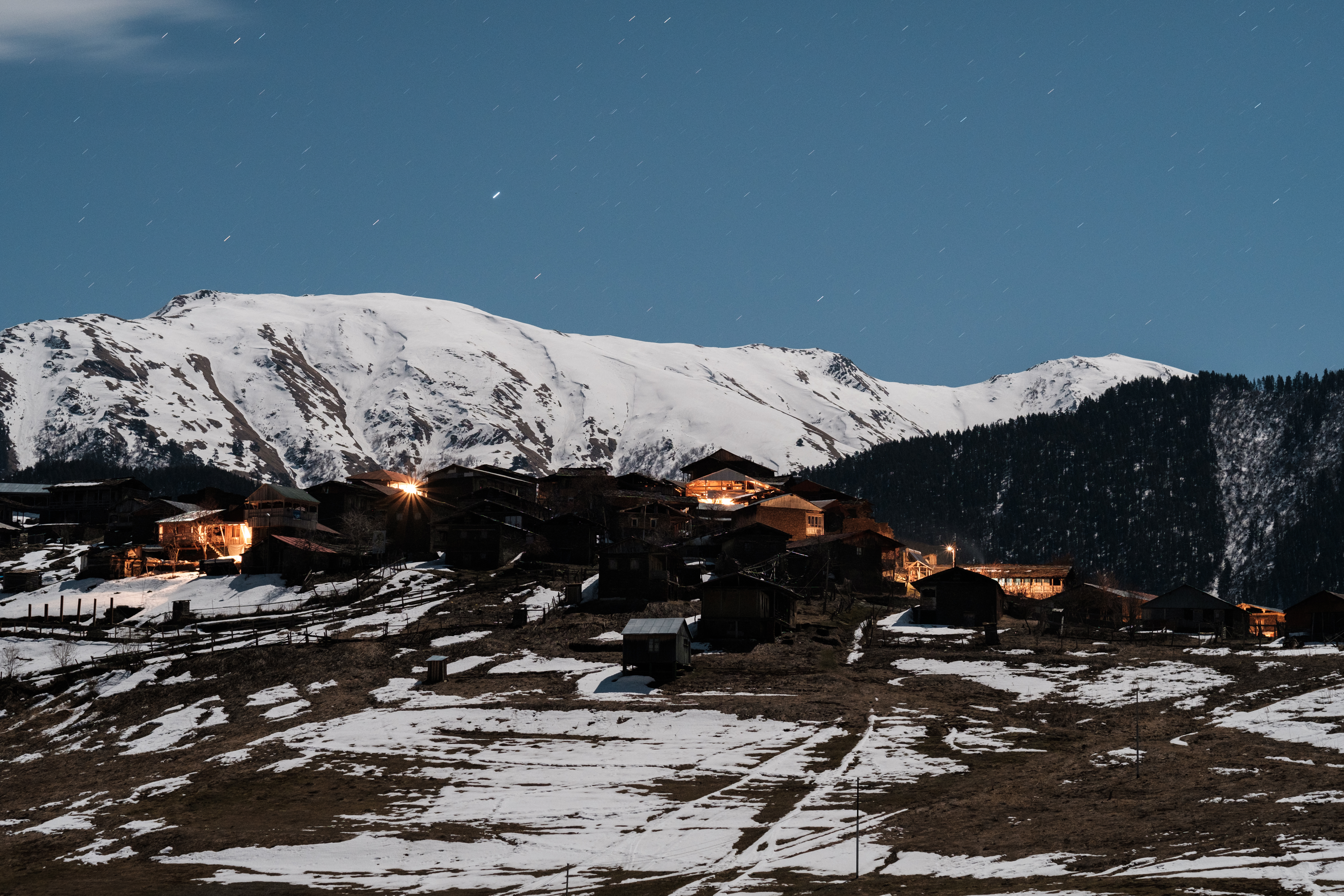 Dusk was coming on fast when the crew reached Bochorna, a tiny hamlet whose 7,700-foot elevation makes it the highest continuously inhabited village in Europe, according to the Georgian government. The workers’ chief focus: establishing an internet connection for the lone year-round resident, Irakli Khvedaguridze, a 76-year-old doctor.

When winter arrives, the government pays Dr. Khvedaguridze to buy medical supplies; if he runs out of anything, a border police helicopter delivers what he needs. He spends the winter treating the sick in nearby communities, reading medical journals and listening to the radio. When he needs company, he goes into Omalo, one of Tusheti’s larger villages, on his homemade skis. Although he had no computer or smartphone, he was curious about how it all worked. His first thought: people without cell coverage would now be able to call him in the winter if they were sick or injured.  “It will be easier to get in touch now,” he said.

Financed largely through a $40,000 grant from the Internet Society, a global nonprofit, the workers came from local organizations: the Tusheti Development Fund, the Small and Medium Telecommunications Operators’ Association and Freenet, a local internet service provider. They offered materials or services for free, or at little cost. They all felt a connection of some kind to the Tusheti mountains.
“I am originally from the mountains,” said Ucha Seturi, a lawyer and engineer who is coordinating the project. “The mountain people are a little bit separate from the rest of society. They are not developing. So for me it’s really important to create real points of connection with the rest of society so they can develop.”
Many people in nearby communities are quite familiar with the allure of the internet. Temuri Babulaidze, whose father helped start the Tusheti Development Fund, enjoys playing online video games at the family’s home in Kvemo Alvani, a town where many Tushetians live in the winter.

In addition to the residents of 26 villages in Tusheti who will now be able to log on to the internet, dozens of hostels and small hotels will benefit from the service. “Tourism is a beacon of hope for us,” said Ia Buchaidze, who owns a local bakery, “and the internet is very important for that.”

Not everyone is happy with the change. “It’s not good,” said Yochanan Herman, an Israeli traveler who was hiking the mountains, “because there are not many places in the world without Internet.”
The long days in the mountains can be hazardous for the entire crew, including the horses. The men watched helplessly one day as a packhorse stumbled and plunged off the trail, rolling down like a barrel and scattering its load as it tumbled. The horse eventually righted itself, but it was bleeding beneath its saddle blanket. It would be O.K., the workers learned. They combed the hillside for its load. Two toolboxes were smashed; among the other casualties was a power inverter. That was a major problem: Without it, the heavy drill wouldn’t work. 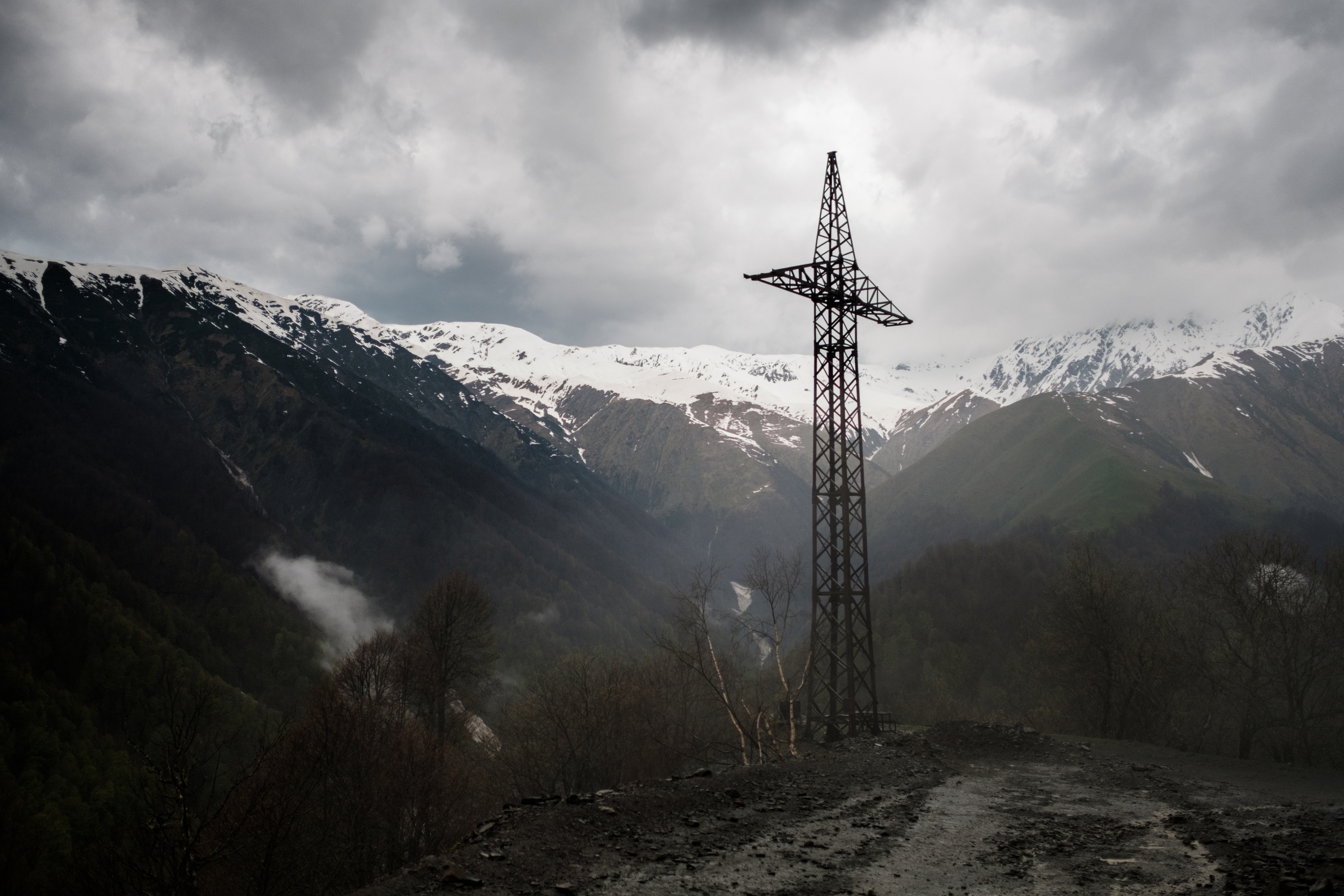 The masts holding internet antennas were not the only towers visible on the mountainsides. There were also skeletal memorials to the Communist era: pylons that carried electricity across the border from the Soviet Union into Tusheti and the rest of Georgia.

The towers remain, but the power lines are gone, pulled down after the end of the Soviet Union in 1991. There were other reminders of that era: villages abandoned after, some residents say, the Soviets forced people off the mountains.

The internet network is helping stir a turnaround for Tusheti. In the past year, a new, 100-bed hotel was proposed for Omalo. There is talk of a major ski resort and a new roadway. The internet will undoubtedly bring the world closer to Tusheti. The question is whether its rustic otherworldliness will disappear.

The Tribal Digital Village Network (TDVNet) was created with the intent to bring Internet connectivity to the member tribes of SCTCA and empower their people. The Tribal Digital Village(TDV) is a continued set of objectives to help SCTCA achieve its mission thru technology, first and foremost, devised by the community leaders to handle the technical aspects of meeting its mission statement. The primary mission of Southern California Tribal Chairmen's Association (SCTCA) is to serve the health, welfare, safety, education, cultural, economic and employment needs of its tribal members and descendants in the San Diego County urban areas.

Census is less than a year away; A better count is essential for Indian Country

The Green New Deal: What does it mean for Indian Country?

Investing in Indigenous Connectivity Is an Investment in Our Future Online