Drones will help transport parcels across river to Moose Factory

The island community of Moose Factory, Ont., will begin having goods delivered by drone next spring, after signing a $2.5 million deal with a Toronto-based company.

The deal, signed with Drone Delivery Canada, will help with the movement of necessities like medical supplies, food and mail from mainland Moosonee.

The partnership is putting Moose Cree First Nation at the forefront of technological innovation, which they point out is unusual for a remote northern community.

“Usually we’re the last ones that are following or catching up to the modern technologies,” said Stan Kapashesit, Moose Cree First Nation’s director of economic development.

“We’re being a part of the future and helping build that future pathway.”

Moosonee and Moose Factory are separated by the Moose River. The river can be crossed by boat in summer and ice road in winter, but travel becomes dangerous in the fall and spring during freeze-up and break-up and transportation of goods by helicopter can be difficult and expensive. 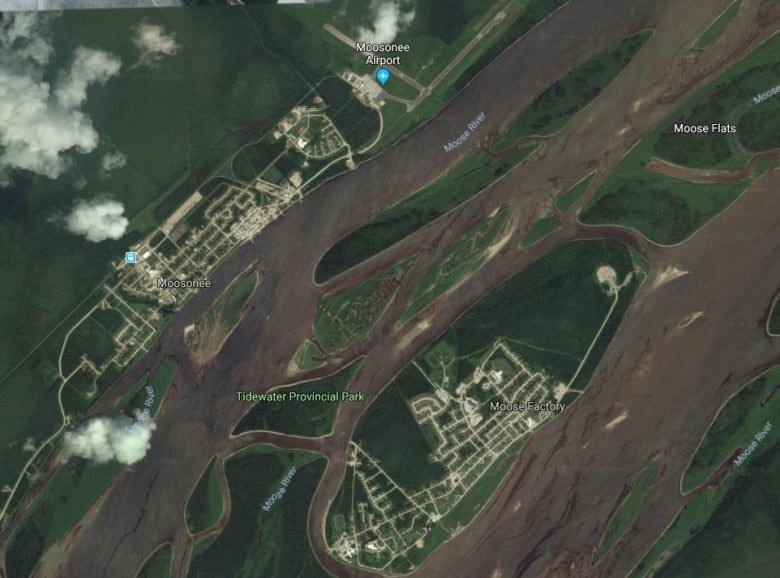 Commercial drone delivery service between Moosonee and Moose Factory is expected to being March 1. (Google Maps)

After two years of planning and testing the delivery service has been approved for commercial service.

Jonathon Araujo is a co-founder of the Pontiac Group, which serves as Indigenous advisors to Drone Delivery Canada. He is Odawa from Wikwemikong First Nation.

He said the service will begin with depot-to-depot delivery between Moosonee and Moose Factory with technicians on each end to load or receive parcels. A drone can carry a payload of up to 5 kg.

“It takes off using GPS coordination then lands at the depot on the island and there would be another technician there grabbing whatever the parcel is,” he said.

The next steps are building the permanent drone depots and implementing the business model for commercial usage to begin transporting parcels across the river.

Kapashesit said he hopes the project will provide a positive impact to the cost of living as well as bring an economic boost to the communities by creating jobs and training opportunities.

The anticipated start date of service is March 1.

“It will be something to be proud of and to be used in a way that’s meaningful to our people, especially in our remote Indigenous communities,” said Kapashesit.

“Hopefully it connects us more and creates that railroad in the sky.”

Rhiannon Johnson is an Anishinaabe journalist from Hiawatha First Nation based in Toronto. She has been with the Indigenous unit since 2017 focusing on Indigenous life and experiences throughout Ontario. You can reach her at rhiannon.johnson@cbc.ca and on Twitter @rhijhnsn.

The Tribal Digital Village Network (TDVNet) was created with the intent to bring Internet connectivity to the member tribes of SCTCA and empower their people. The Tribal Digital Village(TDV) is a continued set of objectives to help SCTCA achieve its mission thru technology, first and foremost, devised by the community leaders to handle the technical aspects of meeting its mission statement. The primary mission of Southern California Tribal Chairmen's Association (SCTCA) is to serve the health, welfare, safety, education, cultural, economic and employment needs of its tribal members and descendants in the San Diego County urban areas.

Census is less than a year away; A better count is essential for Indian Country

The Green New Deal: What does it mean for Indian Country?

Investing in Indigenous Connectivity Is an Investment in Our Future Online